The LEEN 56 combines all the advantages of the travel yacht, dynamic appearance, outstanding seaworthiness and optimised interior volume. This trimaran exudes balance and serenity. 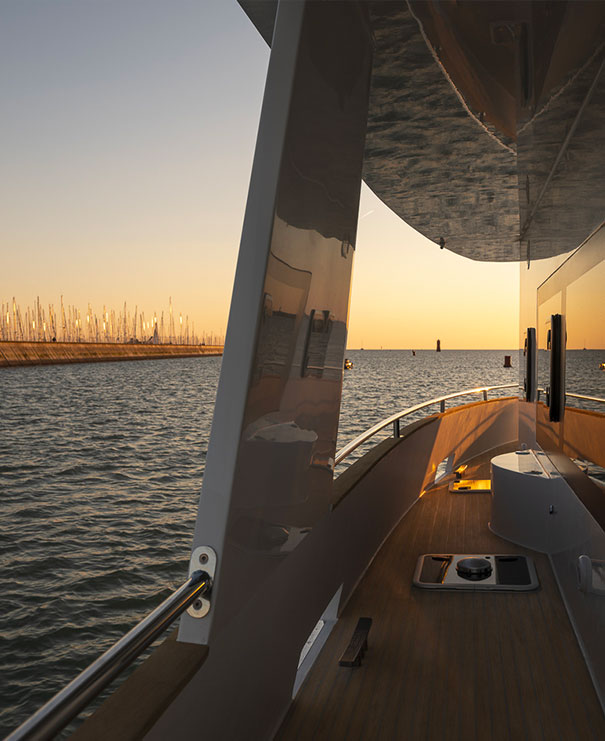 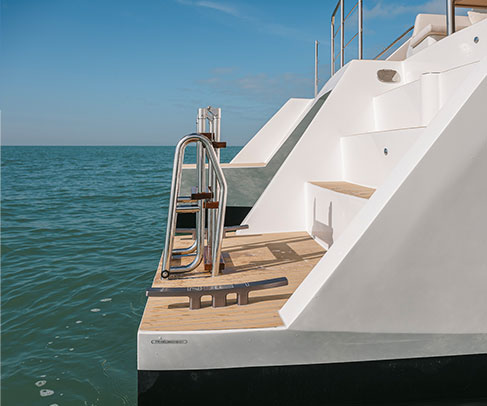 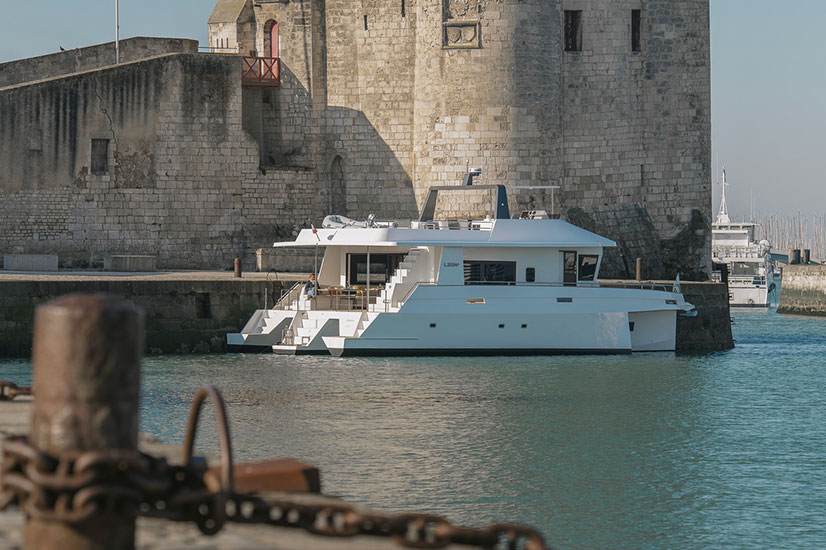 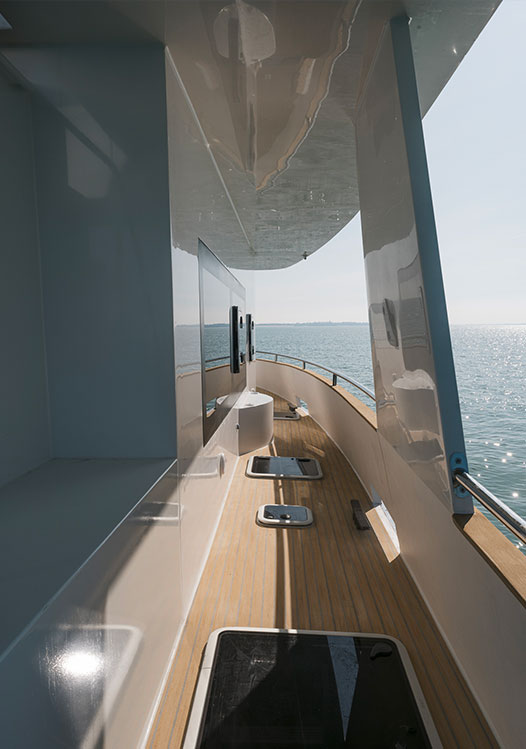 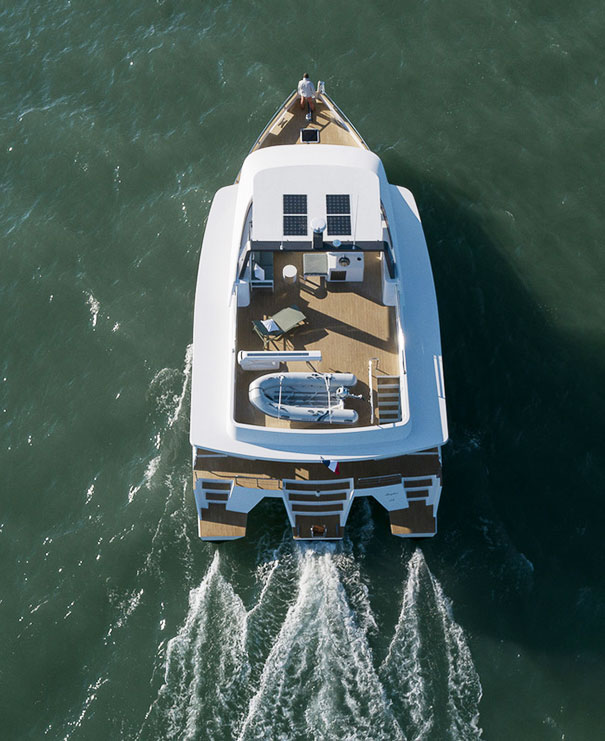 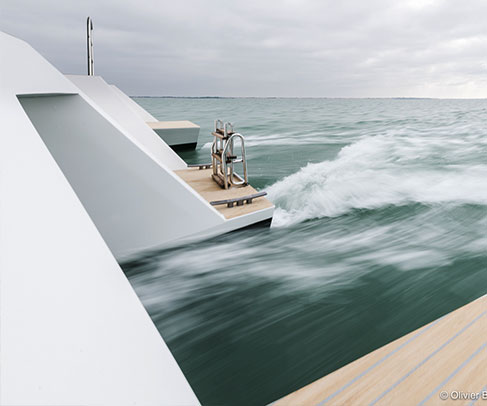 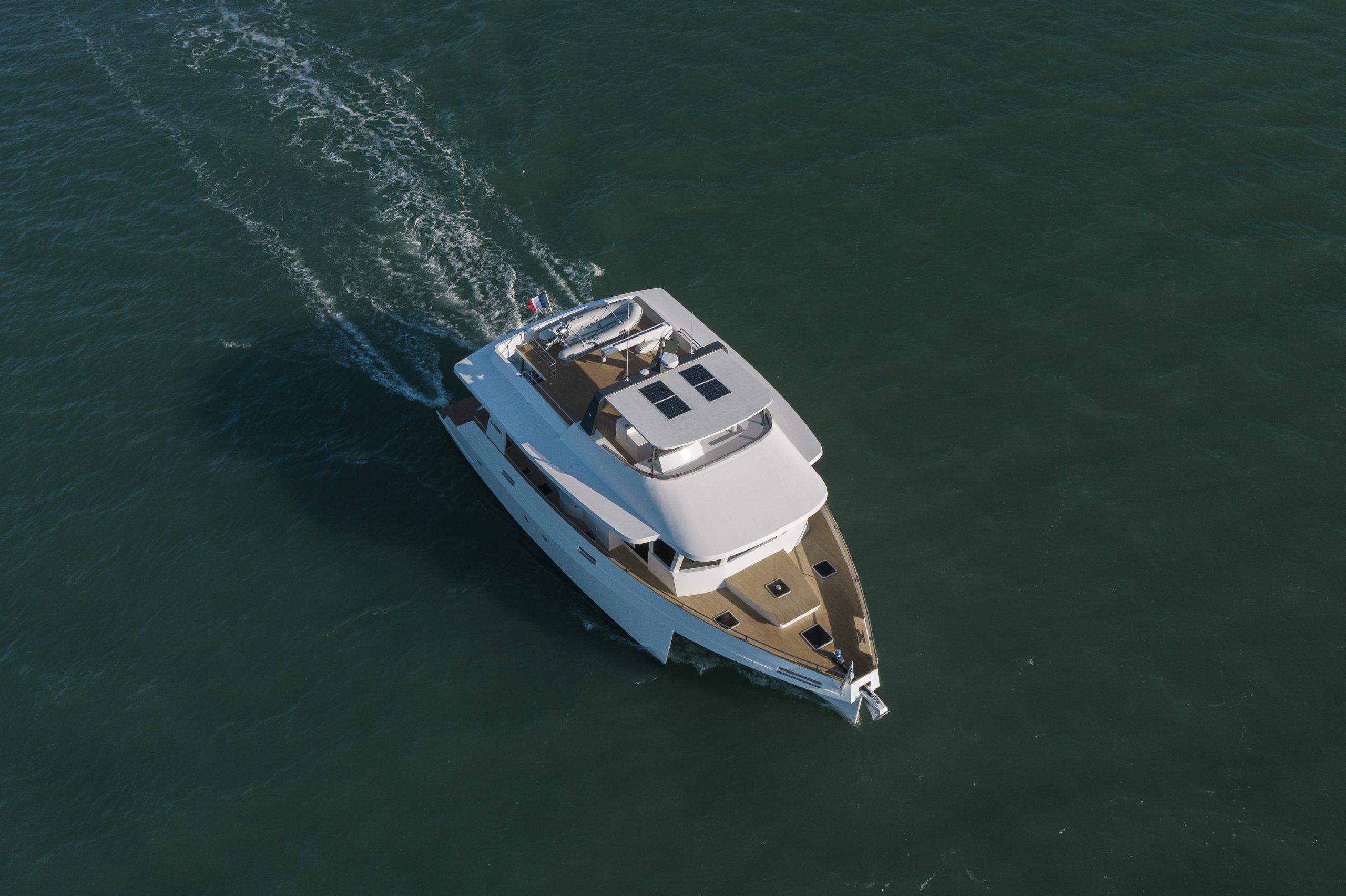 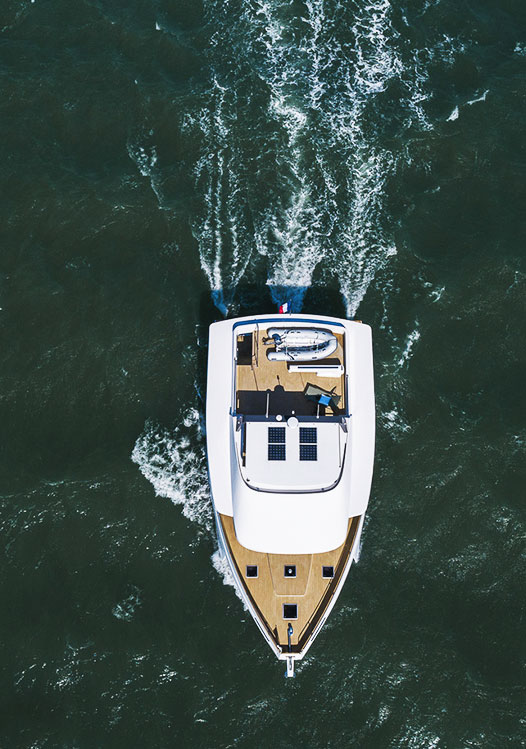 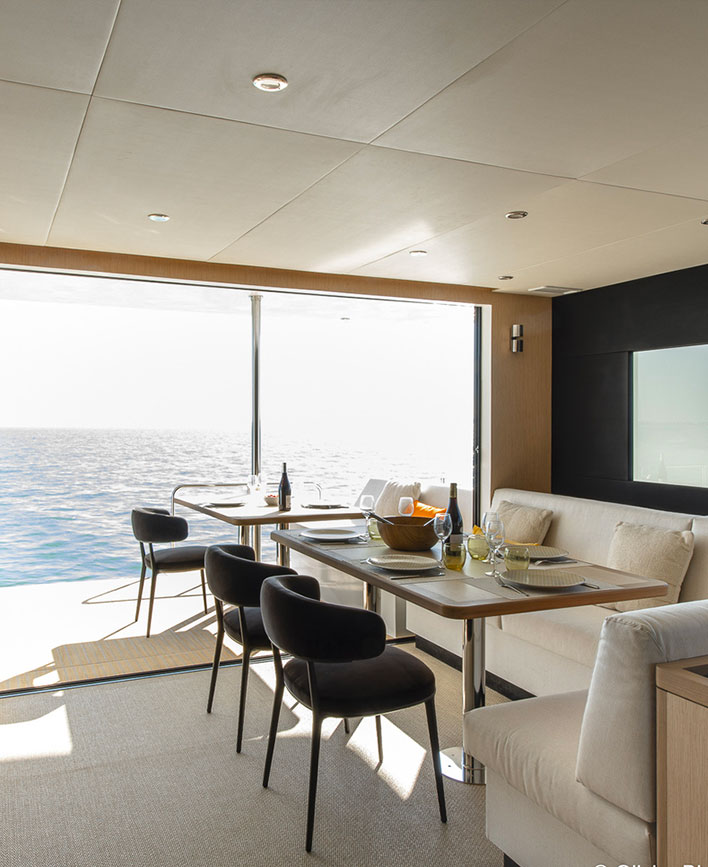 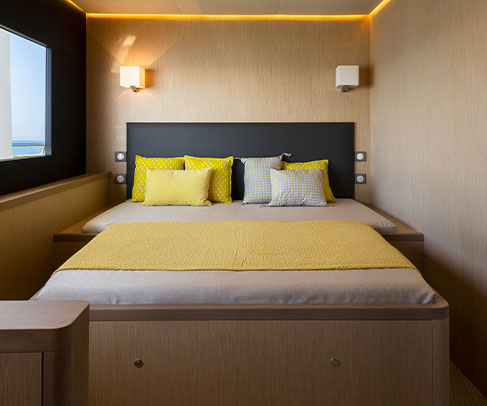 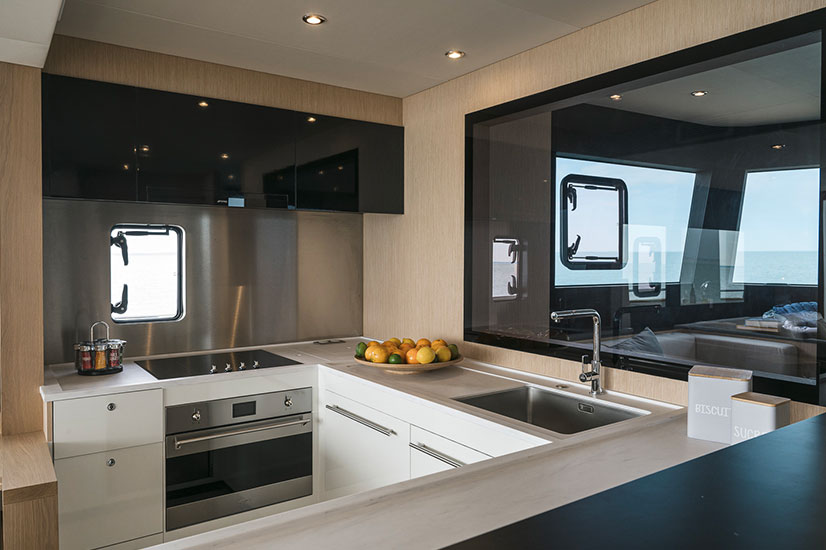 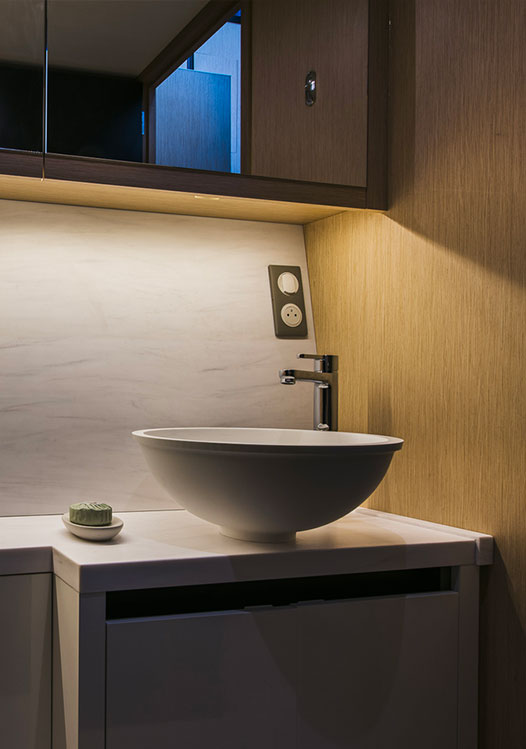 Air conditioning on board

On the main deck of the LEEN 56 is a large, fully equipped galley, a comfortable dining area and the owner's cabin.

At the front of the boat is the wheelhouse entirely glazed, with navigation equipment and a cosy saloon with an L-shaped sofa, which allows you to relax and enjoy the view. A gangway door gives direct access to the deck to facilitate docking, undocking and mooring manœuvres.

The owner's suite, with a majestic view over the sea thanks to the large glass panels, extends over two levels on the starboard side of the trimaran. The bedroom is on one level with an island bed, a desk, a bookcase, large cupboards and a wardrobe.  The bathroom, accessible by a direct descent, occupies the lower level of the float. It offers 2 basins, a shower and a separate toilet.

The layout of the LEEN 56 can be completed with 2 additional cabins at the rear of the boat with single and/or double beds and separate shower rooms. In a 5 cabin layout, the LEEN 56 can accommodate up to 11 passengers.

The quality furniture is designed in light coloured wood and made by quality cabinetmakers.

The layout and fixtures of the outdoor areas (cockpit and flybridge) are left to the buyer's desire.

The flybridge is accessed from the cockpit via an external staircase. Under the steps to the flybridge is a heated wardrobe for jackets, foulies, sea boots or diving suits. Protected by the high bulwalk encircling the deck, the exterior circulation on each side is carried out along covered exterior gangways, a distinctive sign of true ocean-going vessels.

This website uses cookies to improve your experience while you navigate through the website. Out of these cookies, the cookies that are categorized as necessary are stored on your browser as they are essential for the working of basic functionalities of the website. We also use third-party cookies that help us analyze and understand how you use this website. These cookies will be stored in your browser only with your consent. You also have the option to opt-out of these cookies. But opting out of some of these cookies may have an effect on your browsing experience.
Necessary Always Enabled
Necessary cookies are absolutely essential for the website to function properly. This category only includes cookies that ensures basic functionalities and security features of the website. These cookies do not store any personal information.
Non-necessary
Any cookies that may not be particularly necessary for the website to function and is used specifically to collect user personal data via analytics, ads, other embedded contents are termed as non-necessary cookies. It is mandatory to procure user consent prior to running these cookies on your website.
SAVE & ACCEPT
Menu
mersin escort - eskişehir escort